Do we really need a new platform for us to evolve?

I thought I'd write about this in the context of the flood of posts about Clubhouse.

Any resemblance to people rushing to the promotions of pans is purely coincidental. 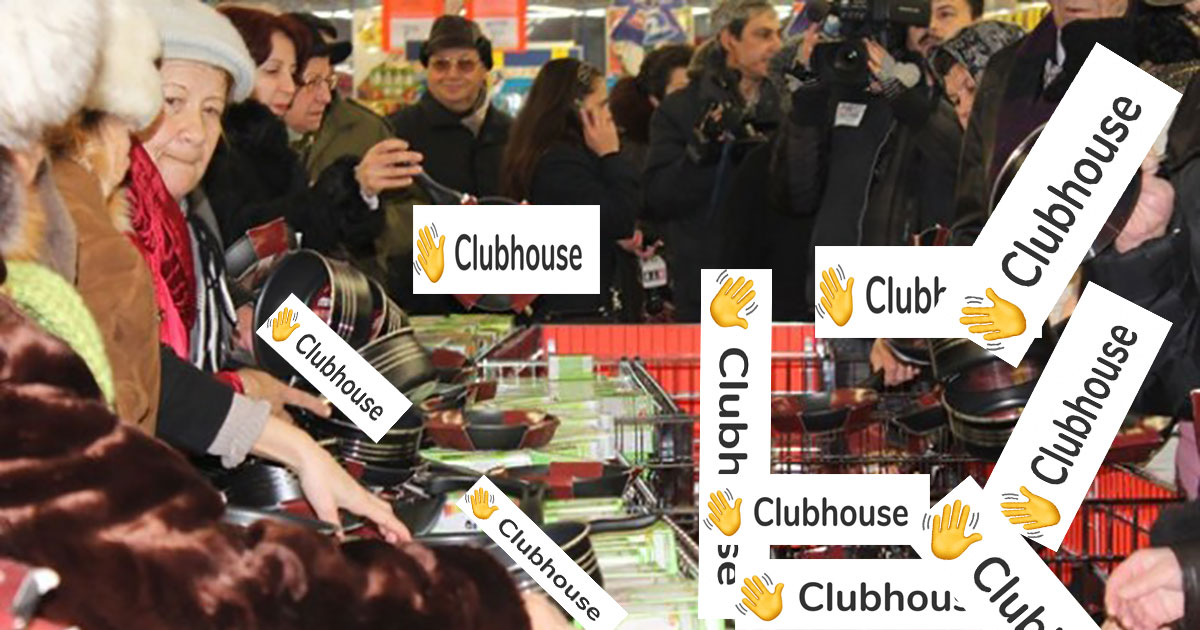 It seems ironic to me that people standing in queues, seemingly without real justification, should be judged, but it is acceptable for a new application to hijack the news and legitimize access limitation by forming a queue just because it is "digital".

Clubhouse did not bring anything new on the table. Those who made the application knew how to create an "interest" by manipulating and limiting access through invitations and availability. And so a false sense of elitism arose.

Then you look at the performance, at what is delivered, at people who don't follow the rules, don't mark the articles with Ad and you realize that the only change is that the posts about TEDx are now about Clubhouse.

I haven't seen any posts, except Zoso, about an agency that did something wrong, about a client who wanted "without an invoice as we get along", about influencers who turned down a campaign because it didn't suit them but there are plenty of posts about how much they learned on the Clubhouse.

I try not to mark as false their claims, although two questions come to mind:

I don't think society lacked a new application. We don't need an app to teach us not to go on red, not to park on the sidewalk, not to steal and be fair. We lack the desire and involvement of leaders from every field of expertise to force a change in mentality.

The discussion remains open, at least for a few more months until the other platforms will copy the Clubhouse functionalities and suddenly we will realize that it is counterproductive to receive the same message on 5 different platforms.

Or until we really get to work and can't afford to listen to storytelling for hours ...